As an attempt to make this blog appears more busy:-), I will begin my "Finds of the Week" series. Each week, I will share miscellaneous finds and thoughts I ran into that are related to mostly .NET development.

Here are the finds for this week:

Check out the Windows Live Maps Bird's Eye view below. See the black car entering the cul-de-sac? That's me and my car. 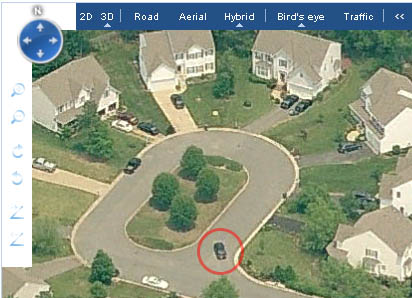 How do I know that’s my car? Well, for one thing, my car is black. But the real reason I know it’s me is that a moment later, my garage door opened half-way… as I was about to drive into the garage: 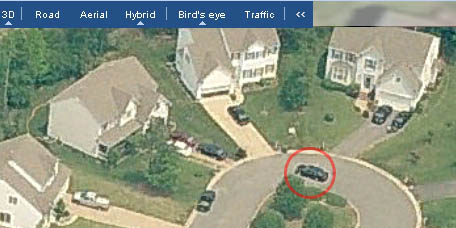 At first glance, it seems to be an amazing coincidence (like one-in-a-million amazing). What is the chance that Microsoft’s Bird’s Eye low flying plane would fly across my house and snap pictures just as I am about drive into my garage? However, after further calculations, it turns out that the real probability is around 1/8640 (5-second window over 43200 average seconds of day-light). Still a very small chance, but certainly not lottery-winning “amazing”.