Verizon Wireless is running a promo until 1/6/2016, that will give you 2 GB of free data for life if you are on an XL plan or larger, and you upgrade an existing device or add a new device.

Here’s how to you can take advantage of this promo and add the 2 GB of bonus data per line for life by spending about $50, even if you don’t have an upgrade available. To me, $40 for 2 GB of data per month for life is more than worth it.

Disclaimer: while I believe this to work based on my own experience and available information. I cannot warranty that this will work for you.

If you have more than one servers/PCs running at home behind the internet router, you can normally set up the router port forwarding to forward Remote Desktop traffic to just one server. However, by assigning different incoming ports for different servers, you can connect to each server individually.

Basically, use a different port for each server. Then configure the port forwarding on the router to router each port to the appropriate server on 3389. This assumes that your router supports different ranges for external and internal ports.

For example, for my home setup, I use three different port numbers for the 3 servers I have at home: 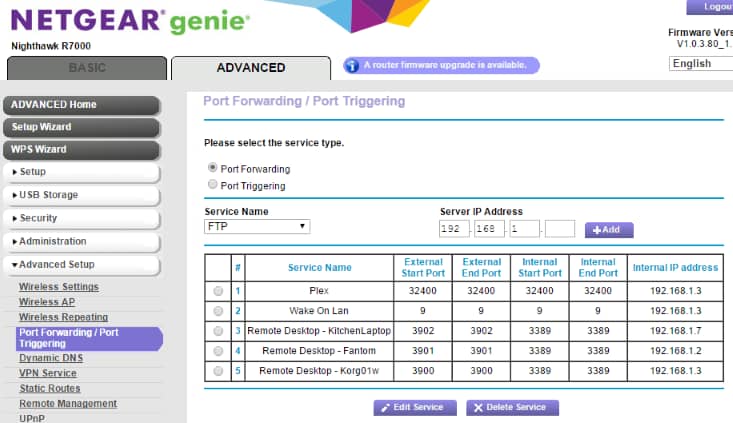 By using non-standard ports, there’s also a side benefit of a little extra security.

In Remote Desktop Client, you would add the port number to the Computer name like this: 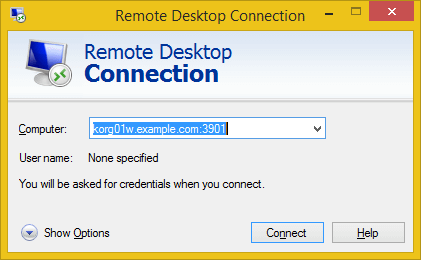 If you get “Access Denied” starting Windows Event Log Service, try this fix (it worked for me):

Delete/backup all the files in %WINDIR%\System32\Winevt\Logs then try starting the service again.

If you are looking for some more .NET bloggers to subscribe to, check out my .NET Programming RSS Feeds. It’s a exported bundle from my Google Reader. I’ve subscribed to these feeds over several years so I am sure many of the blogs are no longer active.

The little known WBR tag is great for formatting HTML tables. Add it to specific places in your table cell values to give the browser the option to add a line break there. This is very useful when displaying tables with long strings that would otherwise cause horizontal scrolling.

Here’s a sample table, displaying some info. Since the values in the tables do not have spaces or tabs, the browser is forced to display the values on one line:

Here’s the same table, with <wbr/> tags inserted where periods are:

Here are some guidelines on basic/everyday instant messaging etiquette that will help you and your co-workers make the most out of this communication medium. 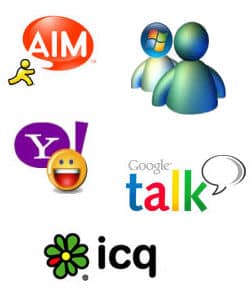 Include Relevant Info/Questions in The First Message

Avoid typing greetings or non-essential messages separately first. Include the question or relevant information in your first message.

Every time you send a message, the recipient is disrupted from whatever he/she is doing. The more you can delay this disruption the better, even if it’s only seconds. It’s also not necessary to ask the recipient if he/she is there. That’s what the online status (away/available) is for. You can just type your message or ask your question. One exception to this would be if your message contains sensitive information.

If you have to send several sentences in sequence, compose them in a separate editor first (notepad would do), then type them out quickly in succession. That way the recipient does not have to wait for you while you type your next message, make editing corrections, etc.

Do Not Expect Responses Immediately

Unless the recipient reports to you, do not expect a response immediately after you type a message. The recipient may be in the middle of five other instant message conversations, on the phone, or working on something else more important. If the recipient’s status is not set to “Away”, and you have not received a response after a few minutes, it’s ok to ping him/her again. Maybe they forgot about your message.

Update Your Status and Respect Others’ Status

If you need to step out, change your status to “Away”, or “In a Meeting”, or “Back in an Hour”, or whatever is appropriate for the situation. This tells everyone else that you are not available to respond to messages immediately and save them from having to wait for your responses.

Pick Up the Phone

If the instant messaging conversation starts to go into lots of details and may make take longer than a few minutes, consider picking up the phone and continue the conversation there.

Did you know that 7-Zip can open and extract ISO archives? I had to install OneNote today from the MSDN ISO and I didn’t have an virtual drive/ISO mounting tool installed on my work PC. So I tried to open the ISO in 7-Zip and it opened it just fine. All I then had to do was to extract the files to a temp folder and did the install from there.

In my opinion, the top three hardware items that help maximize programmer productivity are sufficient RAM, multiple monitors, and a fast multi-core CPU. For RAM, try to have at least 2GB for Visual Studio development, especially if you have additional applications such as Resharper, a local SQL Server instance, IIS, etc. Remember that on Windows XP or Vista 32-bit, the maximum usable RAM is limited to about 3.2 GB or so.

My current company-provided laptop, which I must perform most programming activities on, is a Core 2 Duo 2.4 Ghz. It is satisfactory for what I am doing. Given the choice however, I would go for a quad-core CPU desktop. Desktop usually has faster drives, better video cards, etc. And the additional cores allow for smooth multitasking and better performance when using virtual machines.

Plenty of RAM and multiple fast CPU cores will keep the waiting down to a minimum. Now you need to give yourself the ability to see all of those things that you have going on. Research has demonstrated that multiple monitors increase productivity. For most programmers, I would recommend two monitors. Adding that second monitor is a relatively inexpensive affair. Most laptops or desktop video cards has built-in support for a second monitor so all you have to do is getting that second LCD, which cost very little these days compared to three years ago. The third monitor and beyond is where things start to get complicated. You either have to install a second video card, or use a second PC/laptop in conjunction with a software application named MaxiVista. Unless you have spare monitors sitting around, I think the return on investment starts to diminish greatly beyond two monitors.

Another way to use that third or fourth monitor is to simply attach them to additional computers. Sure, you won’t be able to control all those monitors with the same mouse and keyboard but this setup is not without advantages:

I work from home most of the time and on my desk, there are five monitors, hooked up to three laptops. I know… it’s over the top but it’s not like I bought all of these laptops/monitors specifically for this setup. The second laptop is my personal laptop. The third one is another old personal laptop that would otherwise would be sitting around gathering dust. I might as well put them all to use. Here’s how the monitors are arranged:

The extra width on the main monitor allows me to permanently open supporting panes like Solution Explorer that I otherwise would configure to “auto hide”. Note where I have my Start menu: on the right edge of the main monitor. This gives me more vertical space so I can see more code without scrolling. The additional benefits are that more opened windows can fit on the task bar, and that I don’t have to move the mouse as much to access the start menu.

The built-in laptop monitor (#2) is where I have miscellaneous supporting windows such as rolling logs, instant messaging client, email client, documents, etc.

For taking notes, I use Microsoft OneNote and since it’s not installed on my company PC, I use my own laptop for it. This laptop is monitor #3, sitting to the left of the main monitor. Monitors #4 and #5 are used once in a while to display server logs, various server telnet and remote desktop connections, and anything I don’t need to control often.

Rohan kindly pointed out to me a free keyboard/mouse sharing utility called Synergy. You should give this a try if you have multiple computers on your desk. Synergy lets you use a single keyboard/mouse to control multiple computers, running multiple operating systems. Additional features include clipboard sharing, screen saver, and single password login. The configuration is not the most intuitive but once you have everything set up correctly, it works like a charm.

I now can control all three laptops and 5 monitors with one mouse/keyboard combo! Very nice.

I googled and didn’t find anything useful so I thought I’d share this. If you have a VISA gift card and want to use it on Amazon.com in conjunction with a credit card (to pay for any amount over the gift card value), the trick is to use the VISA gift card to purchase an Amazon gift card of the same value for yourself (search for “gift card” on Amazon.com).

Once you have the Amazon gift card, you can then use it to pay for part of your order, with the remaining balance being charged to another credit card.

I am sure this trick works with most other online merchants too.